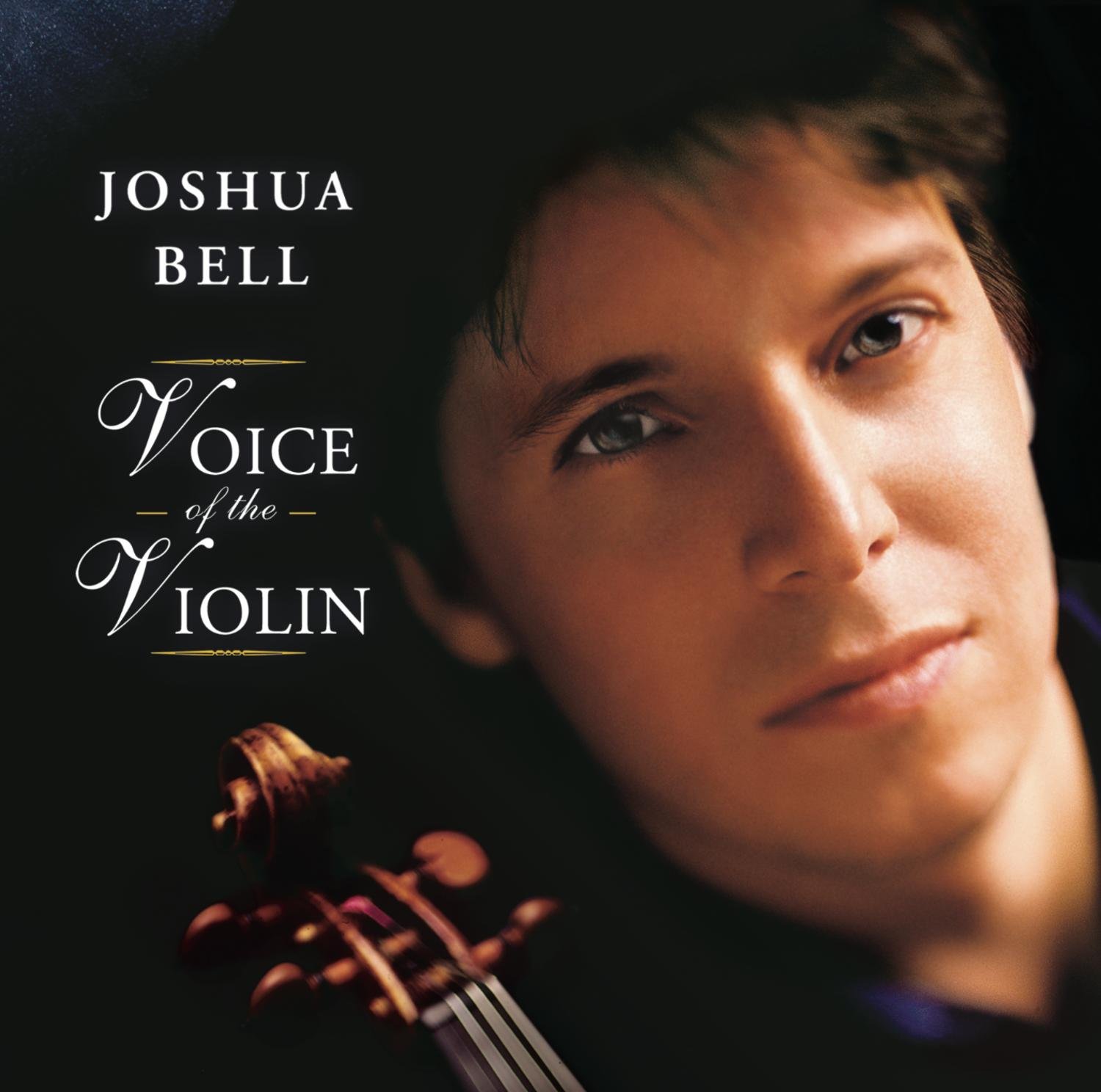 I'm afraid that understates the ethereal quality of Bell's extraction of living musical notes from his Stradivarius. The spiritual oneness that happens with a virtuoso and his/her instrument is what makes the connection between the listener and the player. The instrument becomes a unique voice that communicates the essence of music, which itself, is an extension of the writer. If pure, then the quality is immeasurable and unspeakable, transferring only between spirits, and made all the more pure in the hands of a kindred soul. Joshua Bell possesses that kind of relationship, not only between the author of the music and the quality of the instrument, but also between the author and the listener. Bell excels as the bridge between them all.

Constantly exhorted to "sing," string players naturally try to emulate that most beautiful musical instrument, the human voice; no wonder they literally want to get their fingers on the treasures of the vocal repertoire. Joshua Bell has appropriated some of its best-loved songs and operatic arias, from Mozart through the romantics to Orff. Slow, sustained, lovely and yes, singing, these beguiling melodies and wide emotional range are eminently well suited to the violin. Credit for most of the arrangements is given to J.A.C. Redford, a well-known film and television composer, and indeed the throbbing strings and jarring modulations typical of sound-tracks invade his orchestrations, in startling contrast to the composers' own. In Debussy's "Beau soir," pianist Frederic Chiu partners Bell so beautifully that one wishes he had supplanted the orchestra in all the songs with piano accompaniment. The violin transcriptions of the vocal line closely follow the originals, except for Redford's compulsive habit of adding octaves in the repeats and jumping from the lowest to the highest register. Of course, Bell is very good at all this, and it's the playing that's really the thing. His tone is ravishingly beautiful, warm on the G-string, radiant up high, and always deeply expressive. His love and innate feeling for the music---its inward simplicity, romantic yearning and passionate ardor---speak straight to the heart. In the only authentic violin part, the obbligato of Richard Strauss' "Morgen!" he is joined by the golden-voiced soprano Anna Netrebko; at first overly intense, she relaxes into a blissful, magical ending. --Edith Eisler